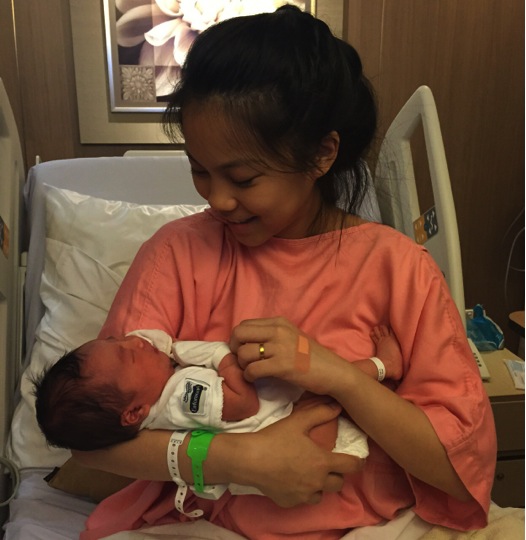 With so much anticipation in the lead up to my EDD, what with my gynae informing me during my routine 38th week check that I was 3cm dilated and "ready to pop anytime, I think, most likely tonight", it came as a surprise (or rather not), that I ended up heading for the delivery suites with a scheduled induction slip, instead.

While other mummies head to the hospital with flurries of excitement, what with feeling their contractions in the middle of the night, or having their waters broken in the middle of whatever they were doing; my experience was strangely calm - with my hubby and I waking up late (!) for the hospital, and me, only having a cup of milo for breakfast (this ended up being a wrong move!)

At the hospital, I checked myself into the delivery suite and I got changed into the horrible, pasty pink delivery gown, which ended up being my best friend for the next few days (I only dressed in these gowns during my stay). The nurses did their checks, my gynae popped by to do hers, and I was given the necessary meds to start my induction. Shortly after the water bag was broken; labour pains started coming on fast and furious. I've always thought that I've got a pretty good pain tolerance, but boy, was I wrong. In spite of the many months of preparation and going for antenatal classes, learning how to breathe during delivery; I succumbed to the pain and asked for both laughing gas, and epidural.

One of the takeaways that I could still remember after these couple of months was, humility. I was truly humbled by how my body could react to those medication and pain, and derision, and yet, those delivery suites nurses probably didn't even bat an eyelid. I was high on the laughing gas, shivering from the pain and the epidural, crying from the cramps, vomiting - while lying sideways into a doggy bag, and yet; my husband remained by my side, giving me words of encouragement and holding on my hand, my hair, my vomit bag. As I gave him a front row seat of what was the most unglamorous that I've ever been, he told me how beautiful I was, how great I was doing.

After being in labour for 8 hours, and having to push for an hour (that's the maximum that Thomson allows; before all that pushing put both mummy and baby in danger), my gynae declared that baby's head is still far from dropping into the birth canal and we could either opt for assisted delivery (with forceps and vacuum) or we go for an emergency c-sect. We opt for the latter, and before I know it, I was transferred to a hospital bed with wheels, dressed and prepped for the caesarean, while the nurses and anaesthetist start exchanging vitals and medical terms ping-ponged over my head. At that point, I was separated with Seb, and shortly after, I started losing it. And I mean, losing it.

I could feel myself shivering (even more that I was before), hyperventilating, worrying, as the reality kicks in hard, that (1) I was going to cut open, (2) I'm really, really having a baby soon, (3) I'll be seeing my little boy, soon.

I was wheeled into the sterile operating theatre, right under those crazy bright lights we often see on TV, and that's when all hell broke loose. I started crying. Hard. Like a baby. There were probably 10 people in the room and I was sobbing like a kid who has had her toy taken away from her. I could still remember my anaesthetist who was pumping epidural into my IV drip and having her tell me I'll feel something cold and hot down my spine, and "if I could feel that damp cotton ball" she's rubbing on my belly. I was bawling when the pediatrist introduced herself to me, telling me not to cry, telling me to calm down. I was asking different people where my husband was, every 30 seconds, right up to the moment when my gynae came in, and starting cutting the little knife, through my belly.

After what seemed like forever, Seb came into the OT, dressed like there was a radioactive leak in the room; and held my hand, as I felt pushing and pressure on the lower half of my body. After something incoherent was said by my doctor, I saw two pairs of hands from behind my head, push hard at my belly.  After a series of hard shovelling, the baby was out. My baby was out.

He was covered with blood and goo, and he was bright pink, with a mess of black tufts on his head. He was screaming and crying, waving his arms and kicking his legs about. I often hear people talking about that sigh of relief they felt, and it was true. I took a deep breath, and I felt that I could finally, finally breathe properly, after holding my breath my 10 months.

Baby is finally safe and sound. I did not do anything which could have hurt him or harmed him; and he was perfect, he is perfect.

Hello Emmanuel, it's really good to finally see you, x

Be right back, as I go cover him with kisses again;

Initiation into The Club. 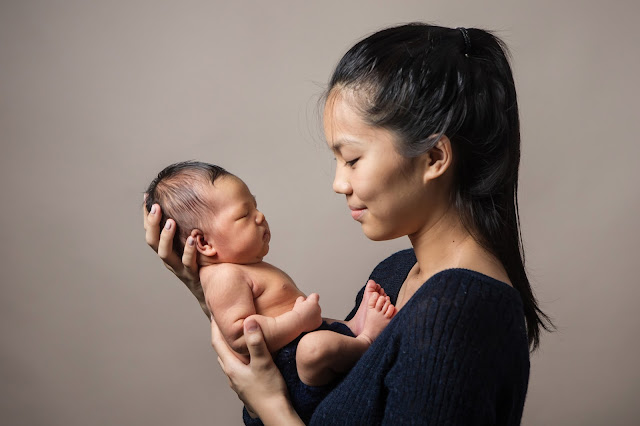 Ma, Mama, Mum, Mummy, Mother. M-o-t-h-e-r. As I roll the words off my tongue, each sounded more strange and foreign, than the other. Each sounded like they've got nothing to do with me. And yet, it is the very essence of who I am, at this stage of my life now. I do not understand how other women get round to writing about their Birth Stories, but words fail me, as I try to pen down my thoughts from The Day, of which I was initiated into the club called, Motherhood.

This little bug just turned 6 weeks, and I am still wrapping my head around how I am his mother, and I will be responsible for loving him and smothering him with love and kisses, from this time on. 42 days, that is the number of days thus far that I've been responsible for feeding and cleaning, loving and kissing this tiny human, from the moment he took his first breath. And yet, I can feel the love growing stronger each and every day, and it is such pure joy to have him in my life. You hear a lot of mums and dads saying how, they cannot imagine how they've lived, without their babies in their lives - I too, can't imagine, how I've lived, without my baby by my side. I love you Baby E, Mama loves you. Thank you for bringing so much joy, into Mummy and Daddy's lives. x

A Big Thank You to Fatilyn from Bambini Photography, for capturing this moment so beautifully. 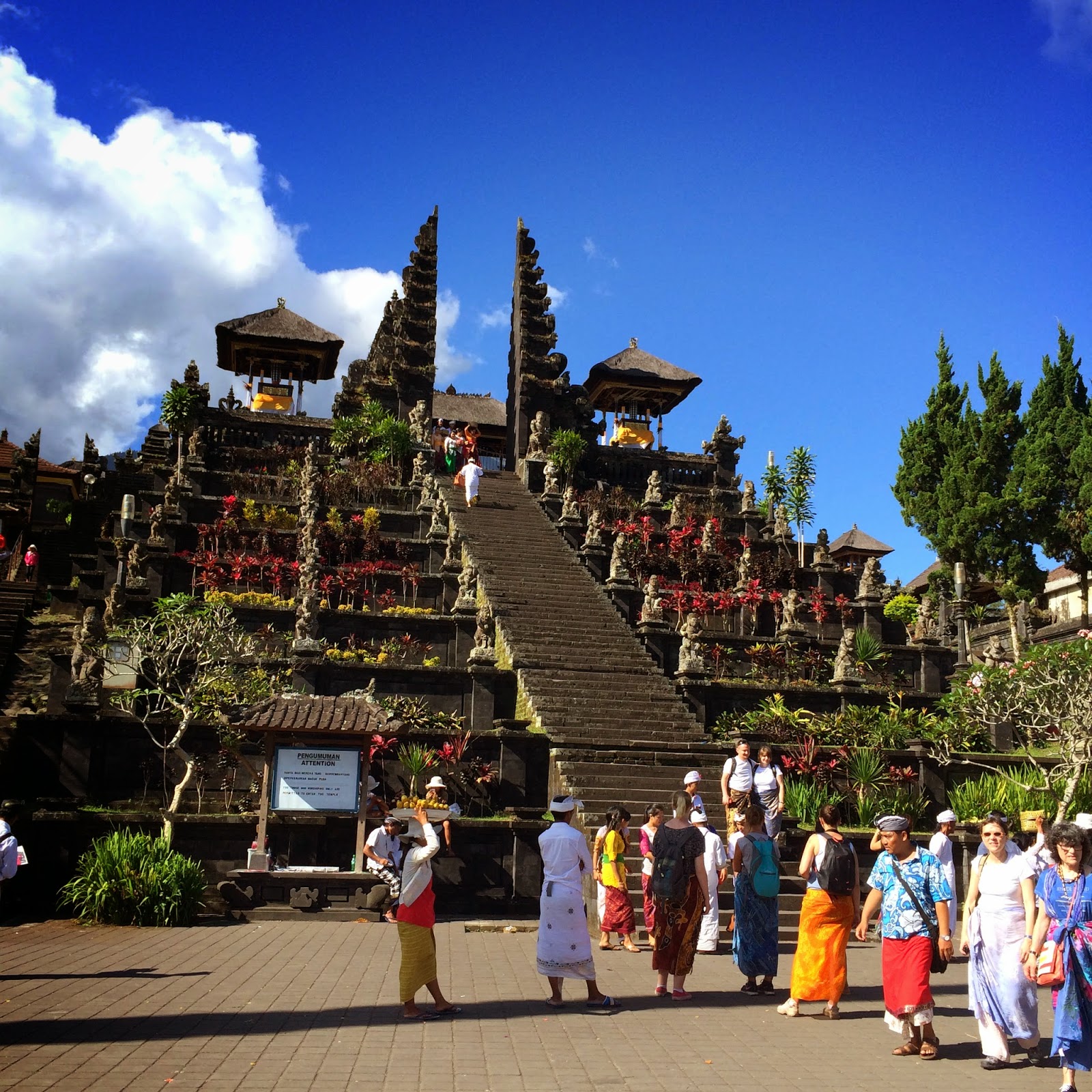 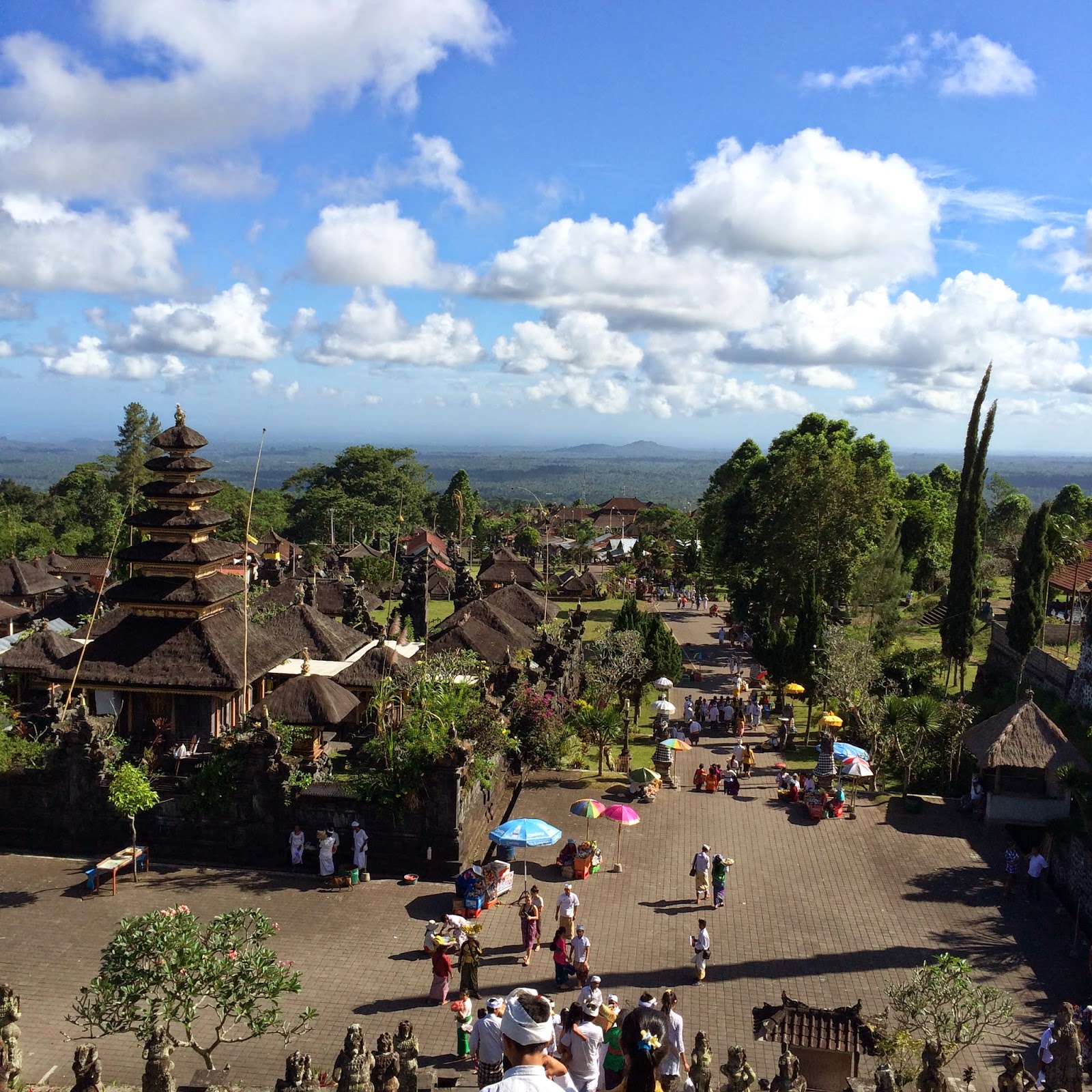 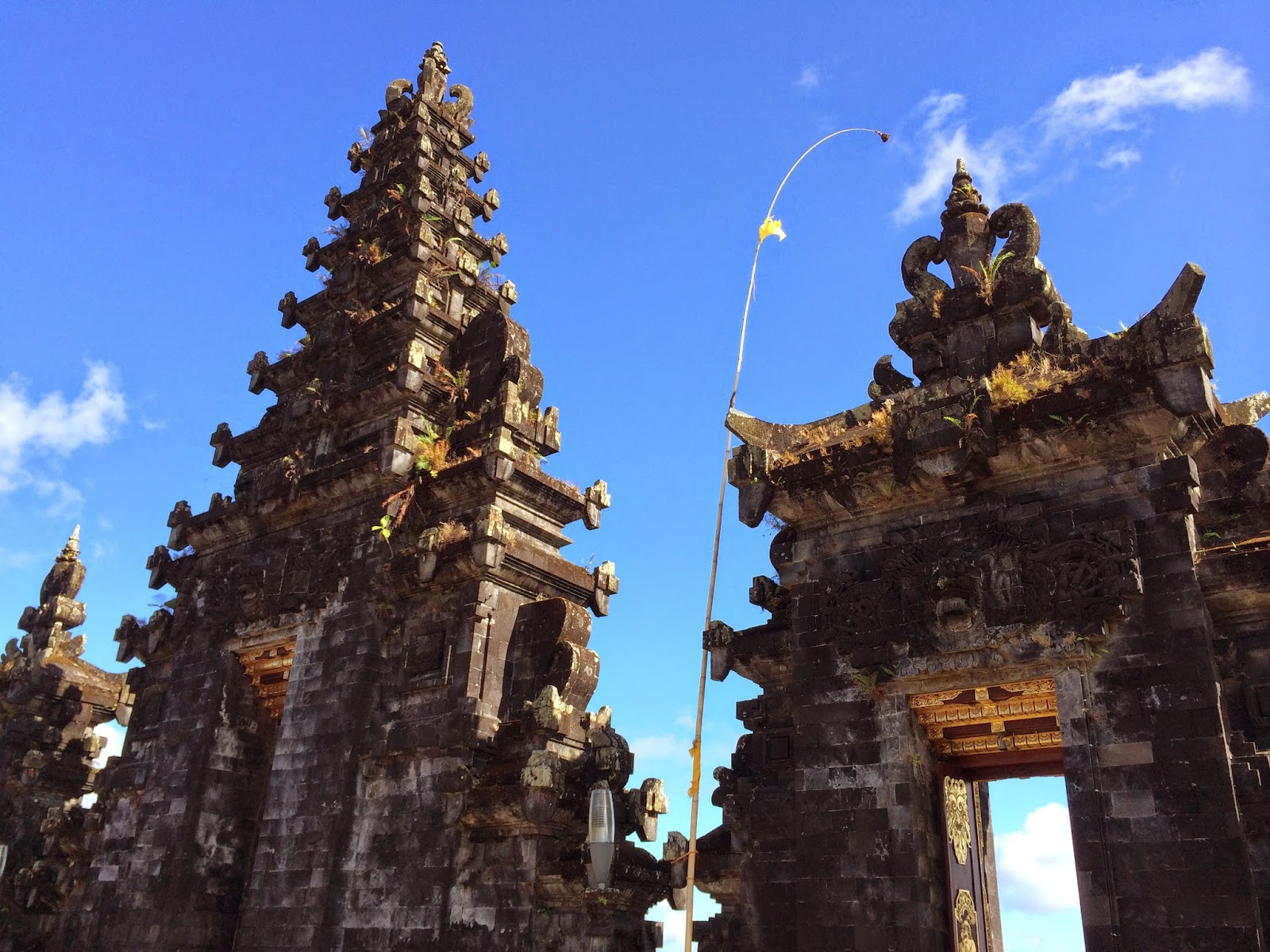 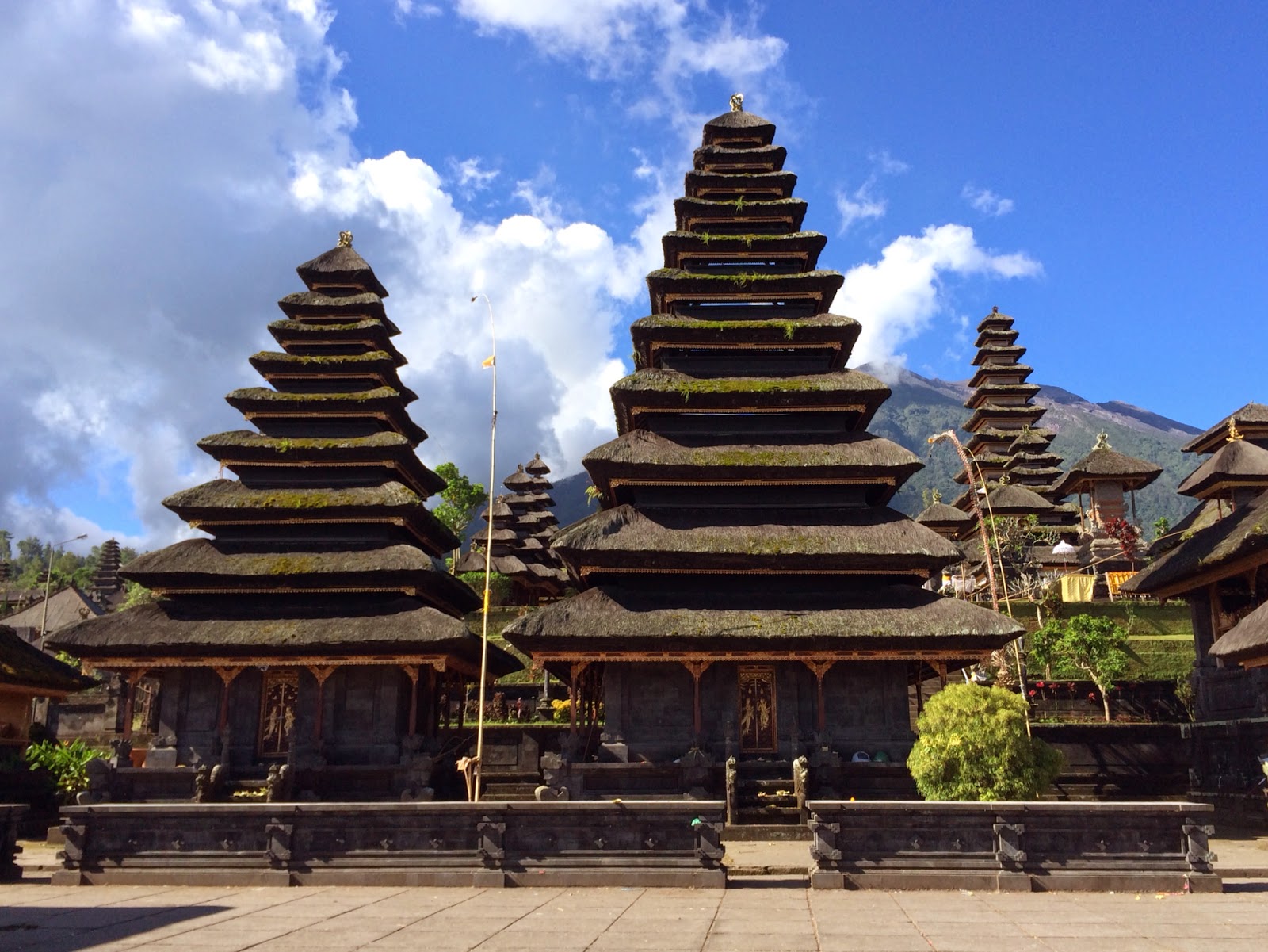 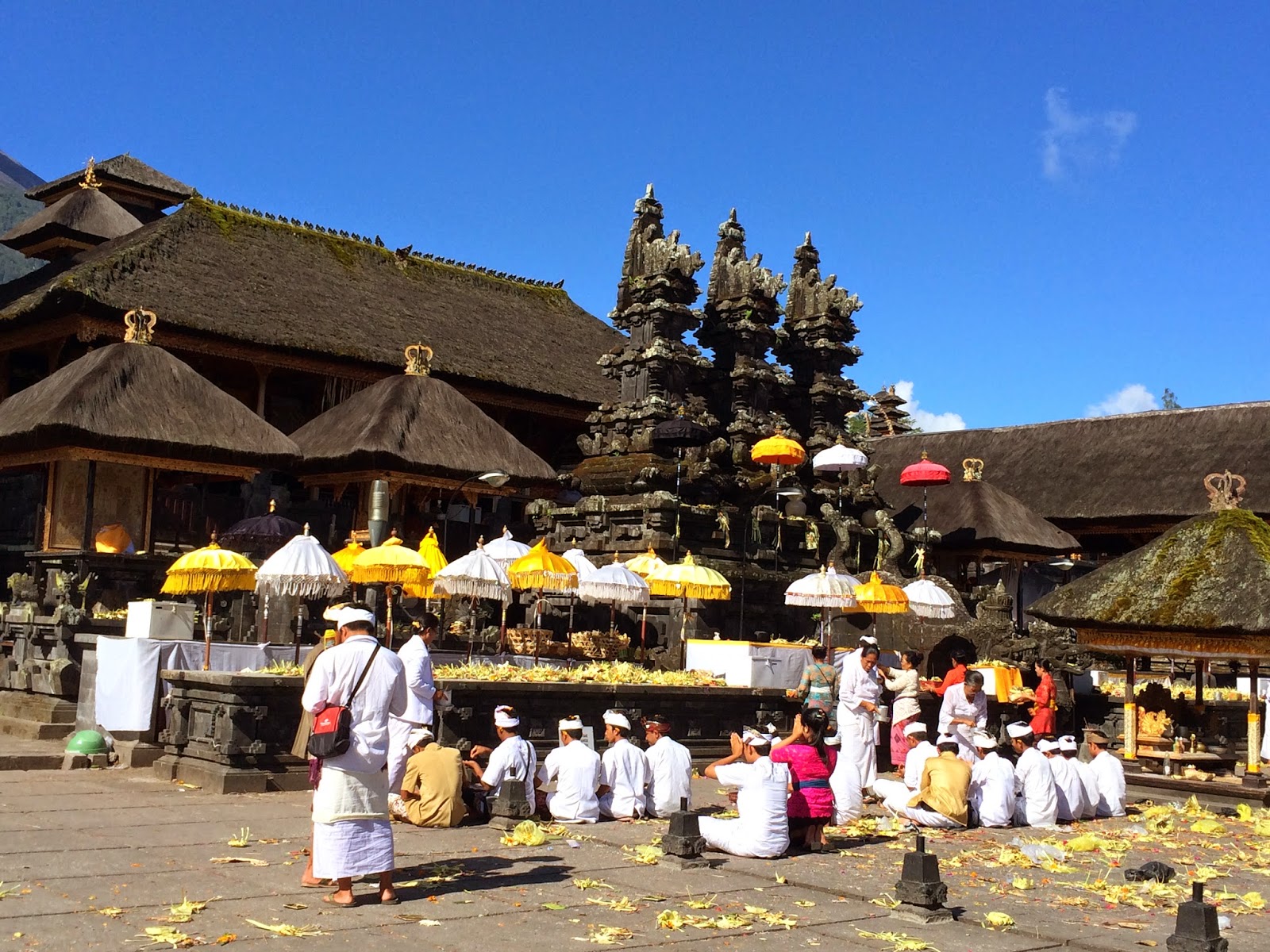 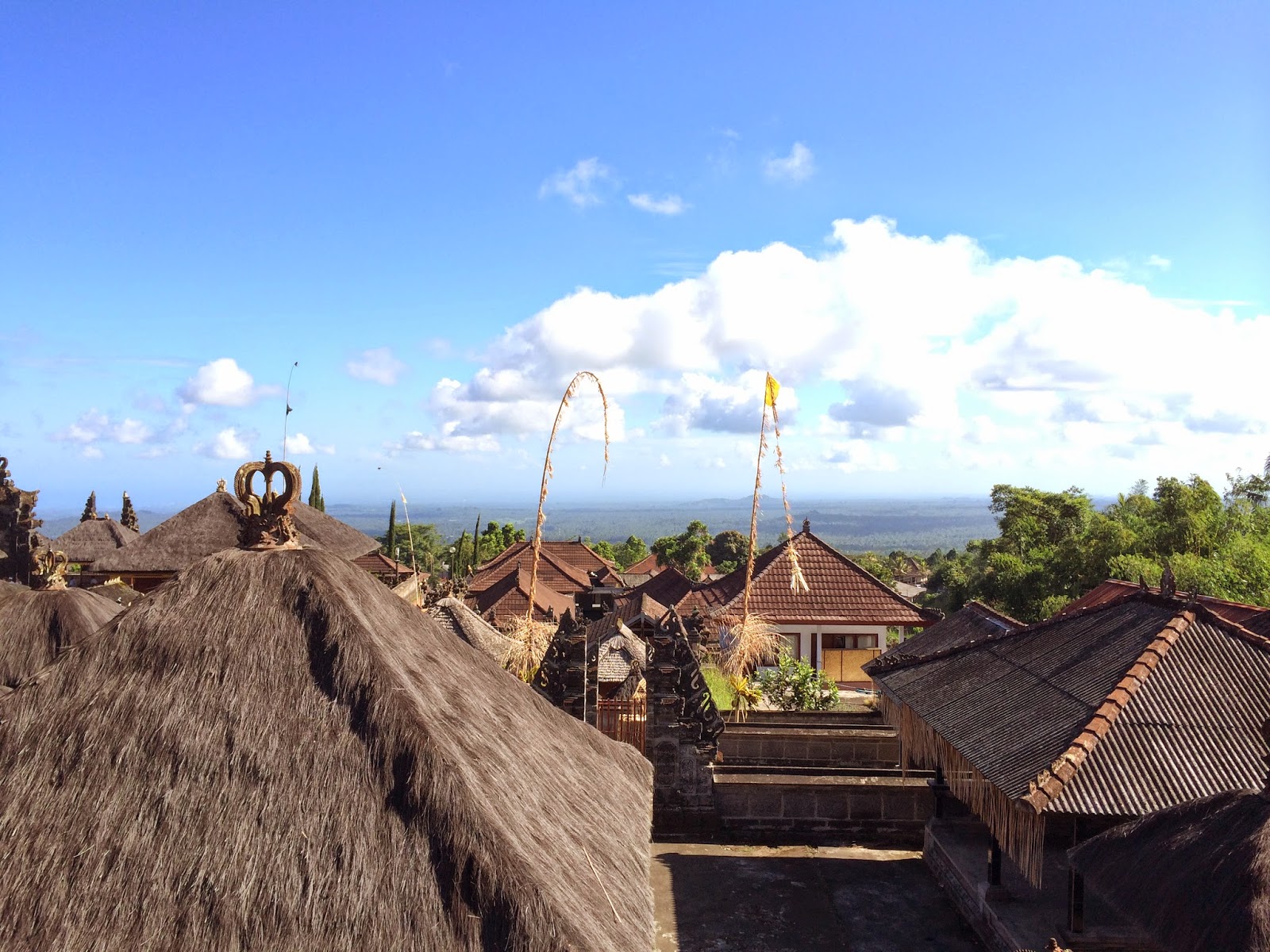 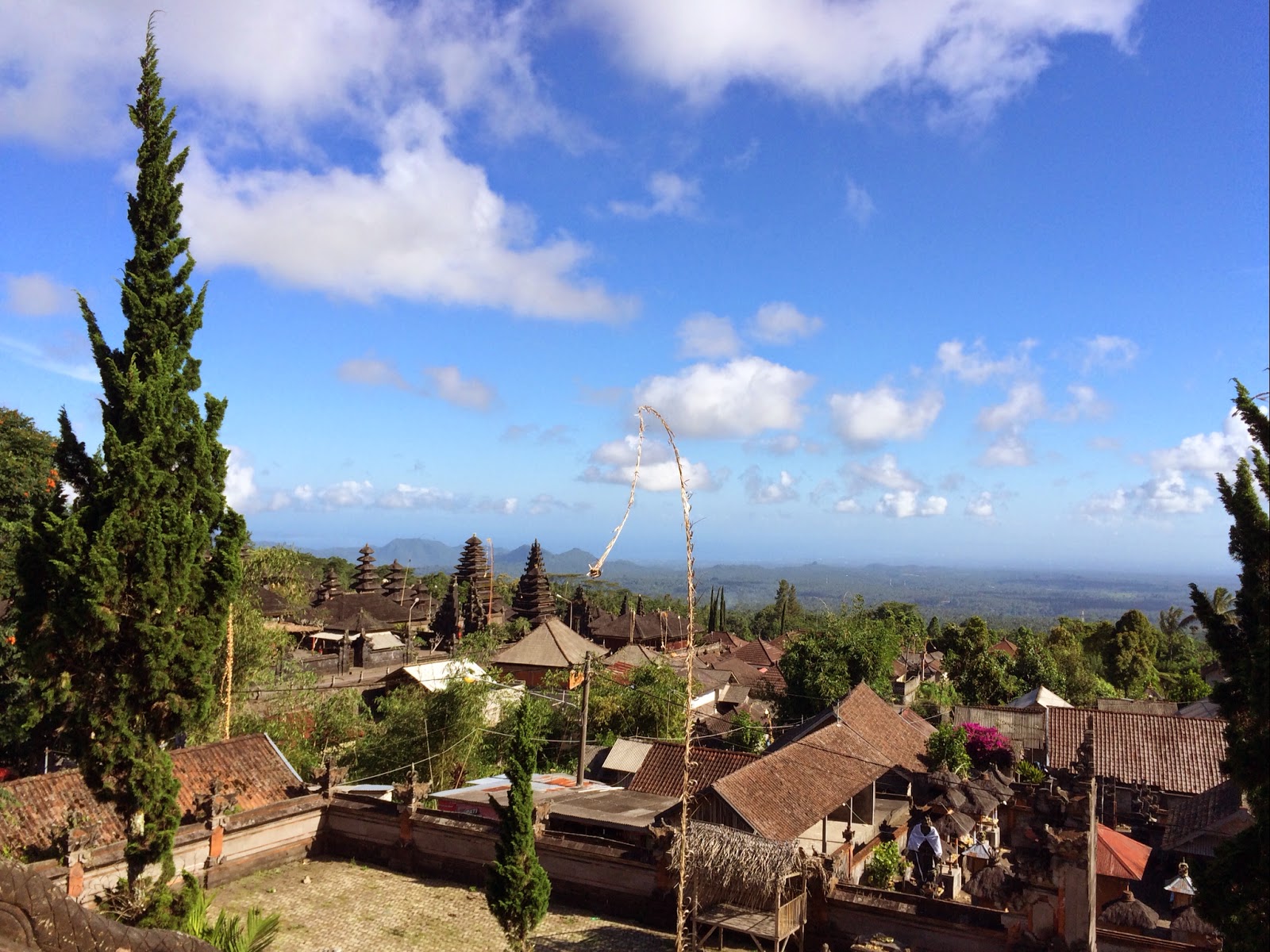 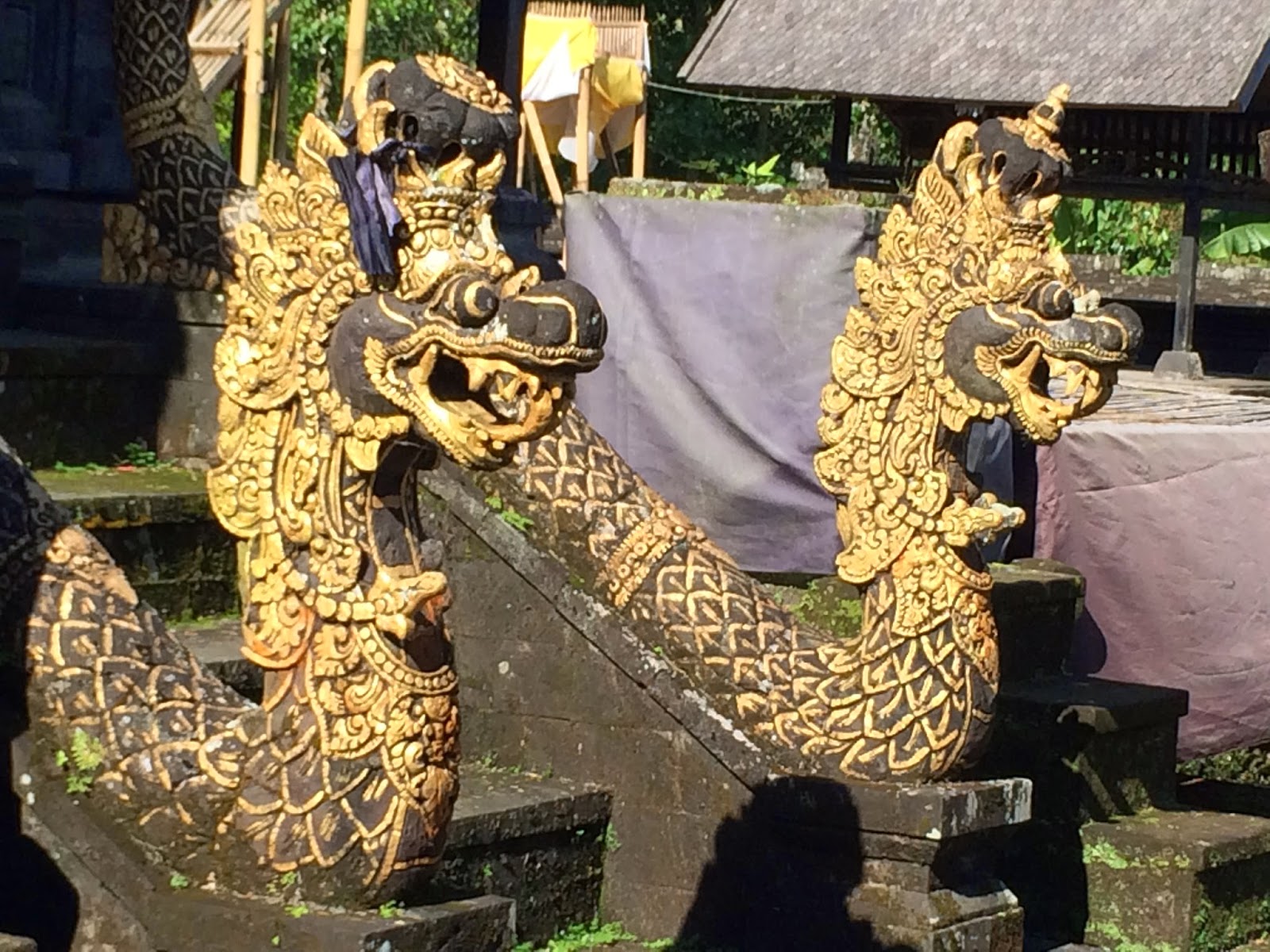 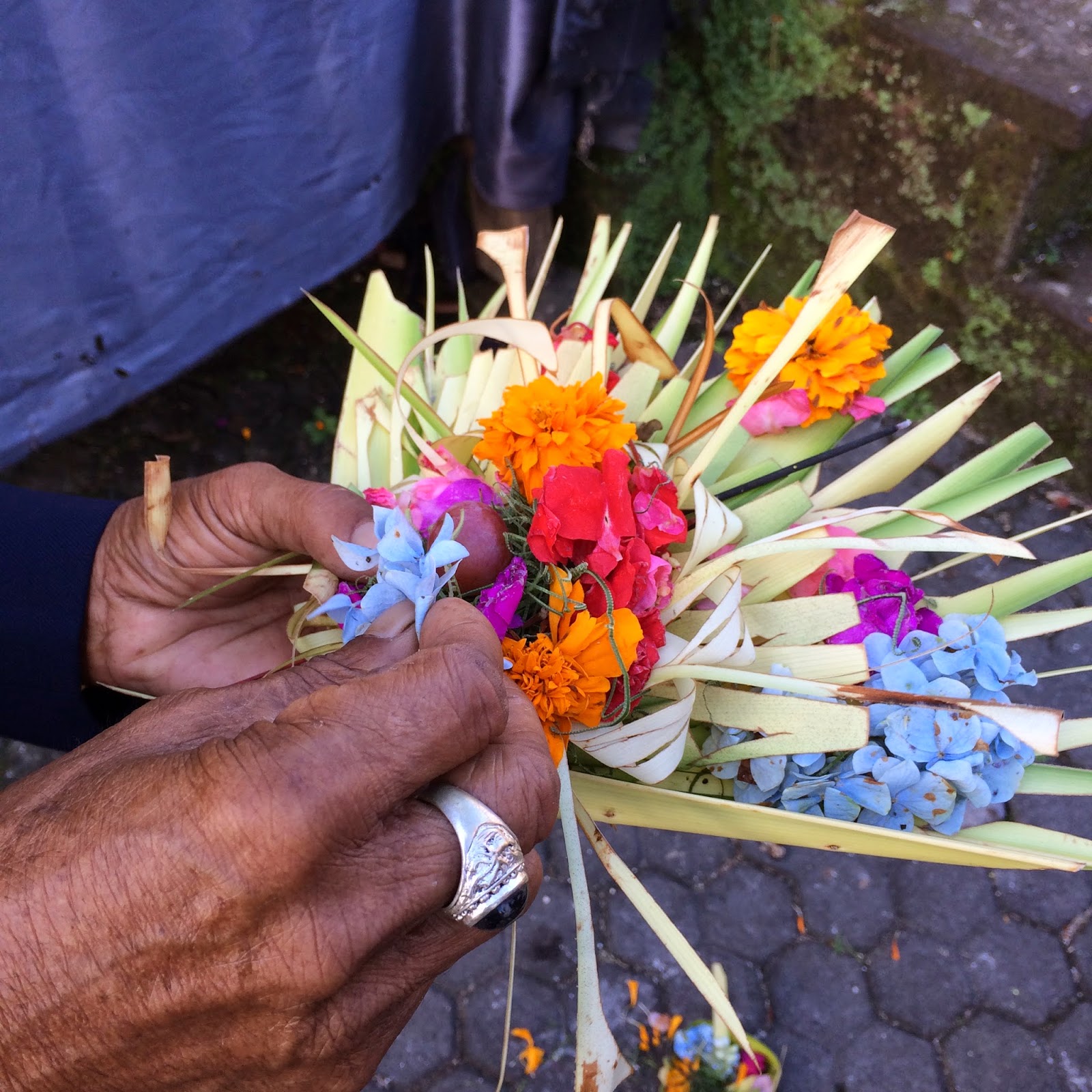 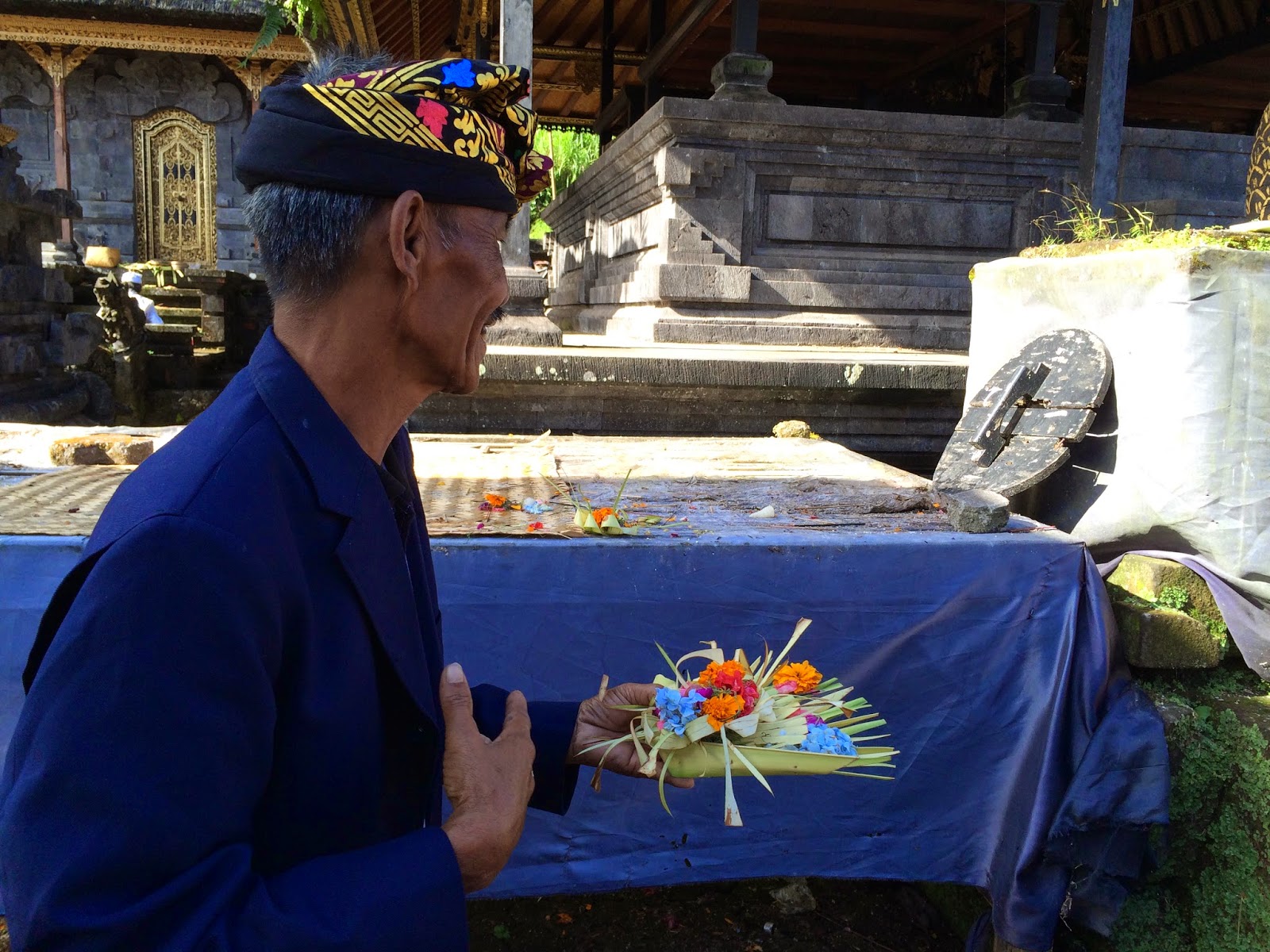 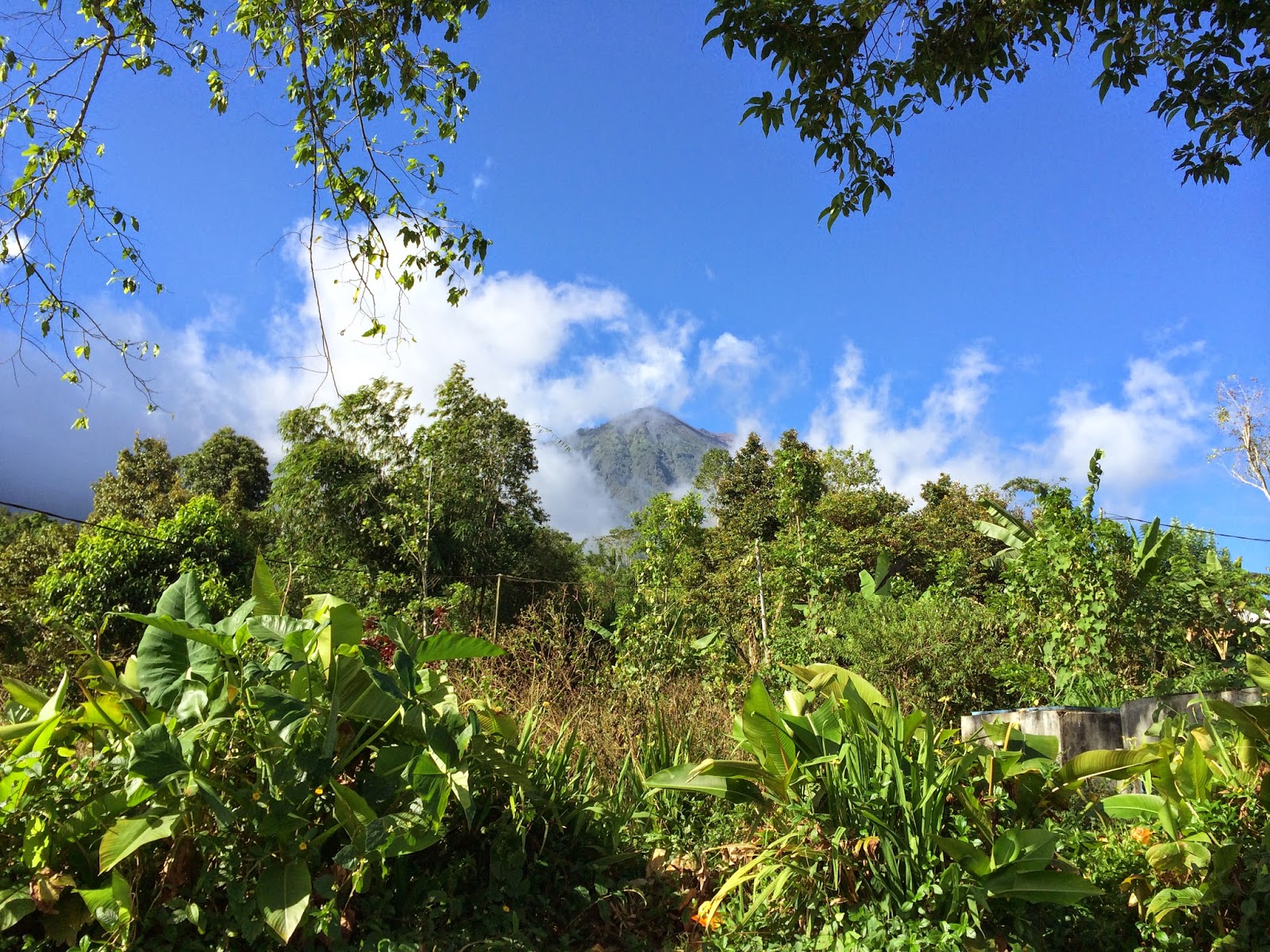 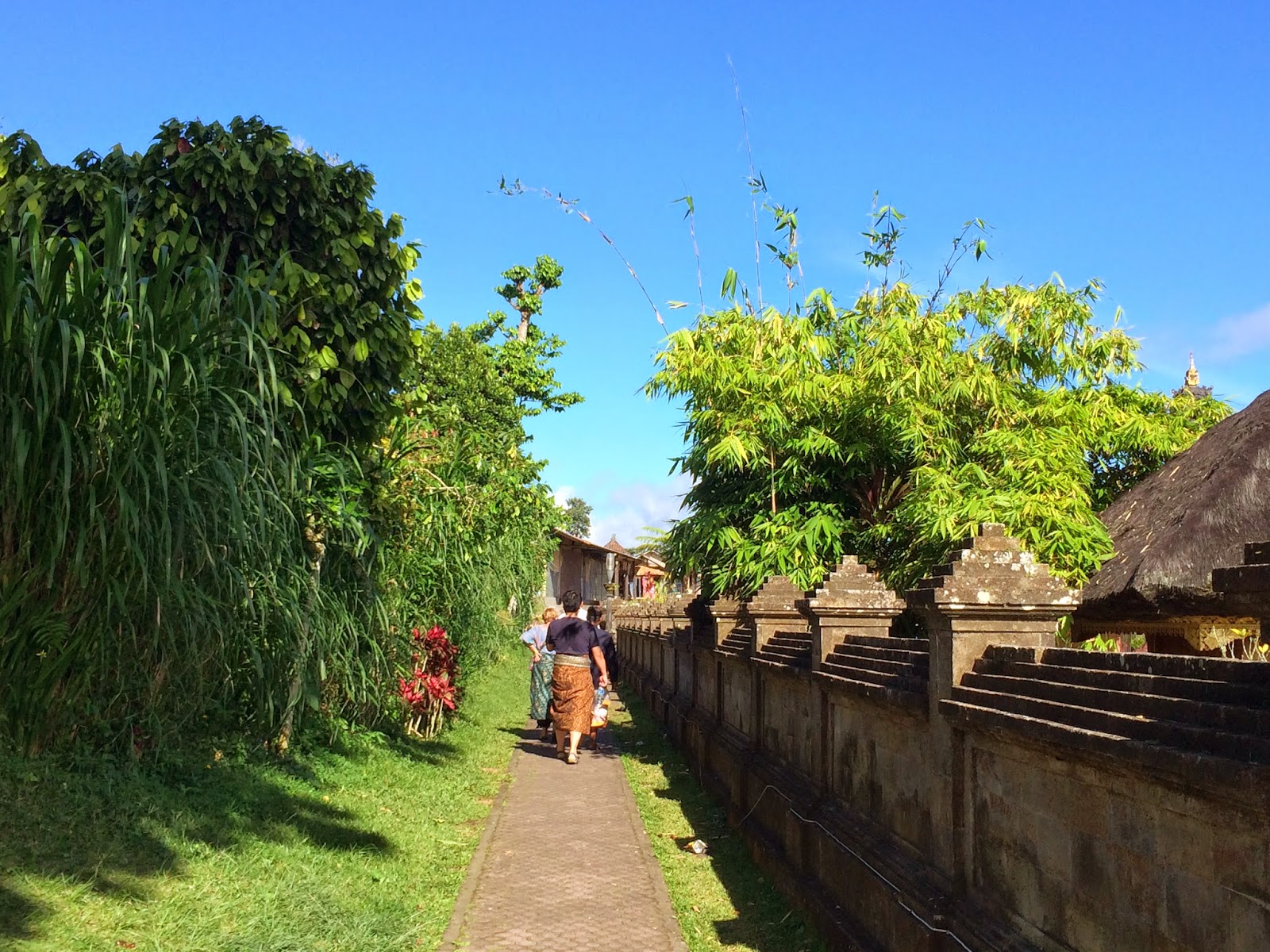 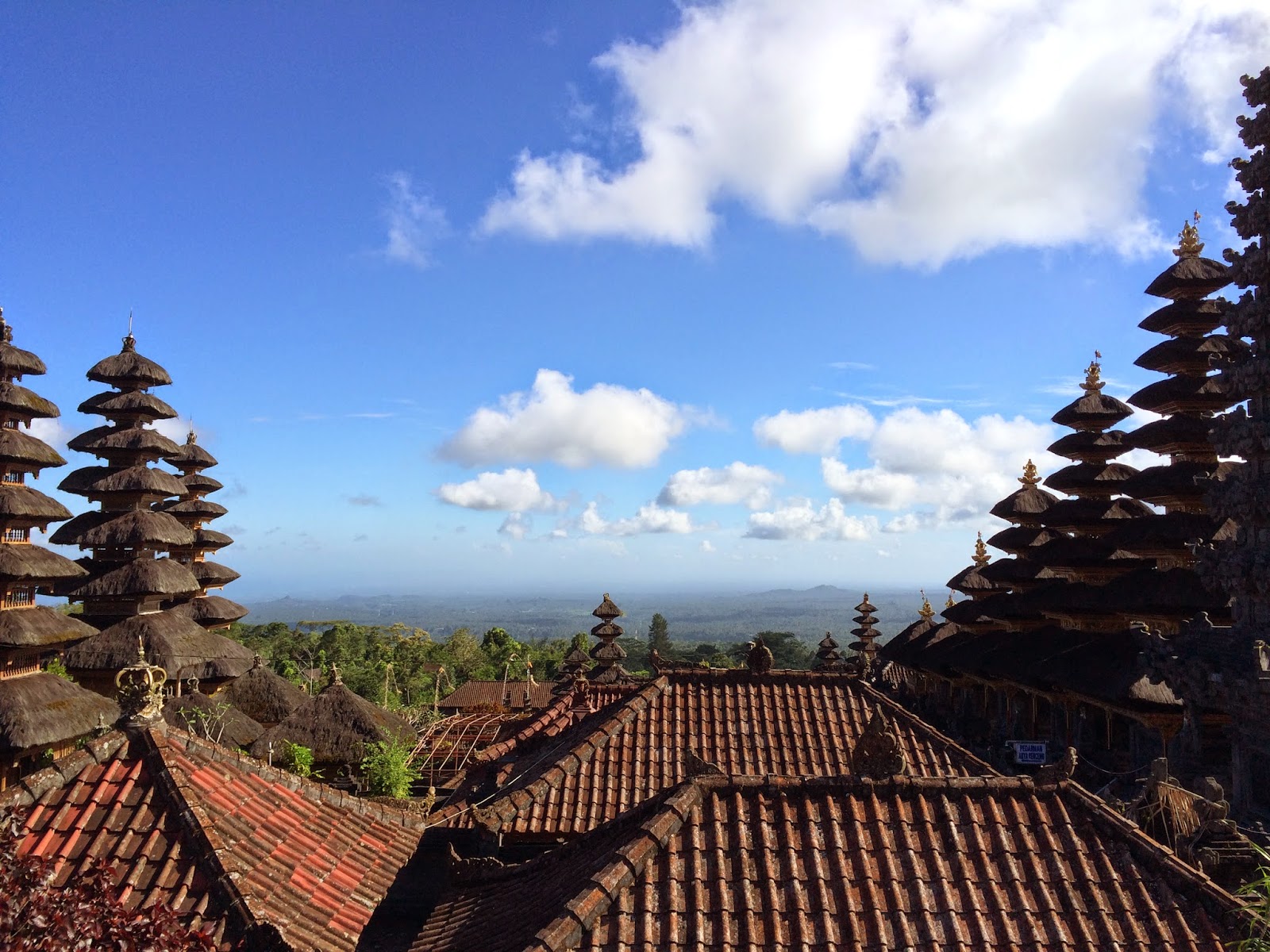 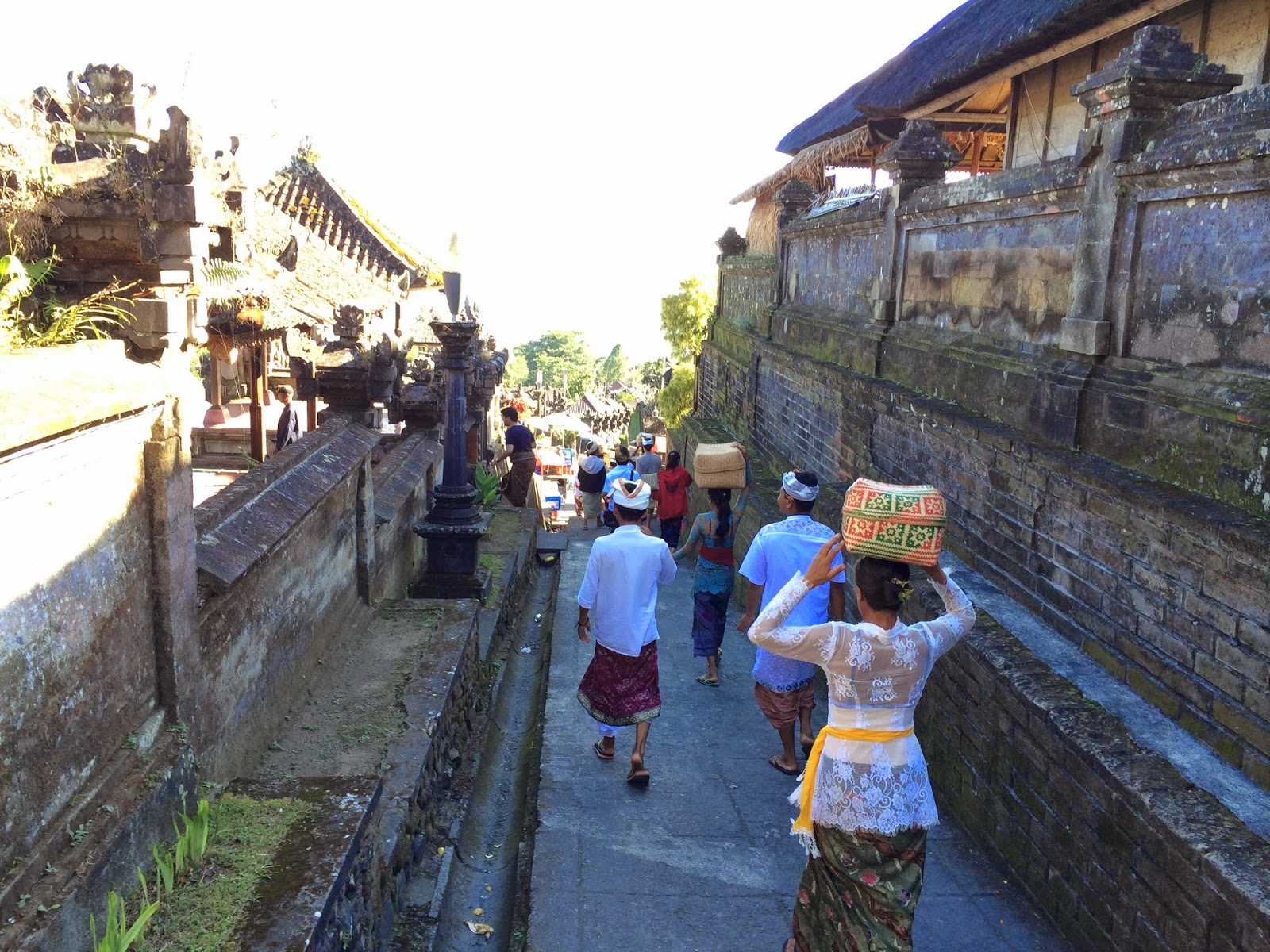 
Standing outside the Pura Besakih which dates back to almost 2000 years, you cannot help but stand in awe of its beauty and majesty. With Mt. Agung as its backdrop, the volcano serves as a looming protector of one of Bali's oldest, and most important temples. We were blessed with beautiful weather when we arrived at the Pura Besakih, and on that day, it also happened to the start of one of the important festivals that the Balinese were observing. Bali is known for the peace and tranquility it provides, and to see the locals go about in their colourful traditional costumes, it showed us a personal sanctuary that is a far-cry, from the sun, sand and sea, that is highly sought after by many, in the Island of Gods.

Friends who know me will know that I've always been a dreamy idealist, a hopeless romantic; always indulging in reminiscence, always nostalgic for something, that was never mine to experience. To step on the cobbled paths that lead to the different temples, to brush my fingers along the walls that house the different gods, to stop for a moment, and breathe, and then to take in the sight of the valley before me, is what I revel in. My husband was always finding me trailing far behind him when we were here. No, the steep slopes and winding paths do not wind me out, but I was simply taking in the surrounding with my senses, seeing what countless devotees and travellers, have had before me, through my eyes, and then theirs. And at that moment, when you are basking in the presence of the countless who have passed through the holy ground, you do feel so small and dare I admit, irrelevant.

And the beauty of this thread of thought is, perspective. It really does helps you to put yourself in perspective, how time do not revolve around you, how time will continue to tick, regardless of what is, and what may be. The only power we have over all of this, is how we choose to see things, and how we choose to feel, to make it worth the while, while we're all here, for the ride, momentarily.

Ellie Lee
I've stripped this space of colour, and all the other, extras. I'm going back to basics, to what blogging was about, for me, in the first place. A space for me to write, to share, to reflect.